Maybe it’s because I’m getting older, maybe I’m getting lazier, or maybe I feel like shooting from the hip, but 2017 is the first year in a while I don’t a lot of plans set in stone for courses to visit.  Most years I am plotting, researching and obsessively checking the weather forecast, but thus far this year has been all about getting out there and getting some rounds in while it’s warm enough to do so.  The first round of the year was a nice little jaunt around Cobbs Creek Olde in the beginning of January on a nice warm day.  Didn’t really keep score, but am pretty sure I came close to the course record.  Even though the clubhouse burned down last year, they have found an alternative room and are as nice as ever, even having some hats and stuff for sale.  Some how, it makes the place have more character.

I like to juxtapose Cobbs Creek Olde with Jeffersonville.  I remember old J-Ville more than ten years ago when conditions were suspect, including tire tracks around some of the greens, and it seemed like every foursome was more interested in getting to the 19th hole than any where else.  Once its historical significance was brought to attention, however, it’s been amazing watching it transform into one of the better public courses in the state, with restored conditions, renewed difficulty, yet still the same affordable rates (and 19th hole).  For me, it’s even cooler since my entire interest in golf course architecture started at J-Ville.  I started realizing I enjoyed the game a lot more when I played there as opposed to other places.  I started realizing it was because of how the holes were set up and how they came in secession to one another, how some greens were protected differently and how it all ran together, making it easy to walk the course.  I started taking an interest in other courses in the area, which opened my eyes to an entire universe of golf course architecture.  Suddenly the game I liked playing became a much richer experience and several years later, here I am.

I juxtapose Cobbs with J-Ville because Cobbs is currently like the J-Ville of old.  I enjoy playing it, and a big part of the fun is walking around thinking of how great it could be.  The course crosses, cuts, and corkscrews about the creek, utilizing it on most of the holes on the front nine.  Watching how the creek could define the green complexes of the Third, Fourth and Fifth, making it a prominent feature, taking out trees, especially on the Fifth, adding rough in places for the balls to hold on severe hilly terrain, making the boulders on the fairway of the Tenth pop out of a lush fairway; the possibilities are endless.  While I’ve written about the significant efforts to realize the potential of the course in the past, for now I enjoy it for how it is and just keep imagining how this gem could make the public course scene even more exciting.

One of the cool things I noticed, and as has been featured by the Friends of Cobbs Creek (an organization that’s part of the effort to revitalize the course), is the original tee location of the Seventeenth par 3, which was uncovered in a swath of trees, with a mat put down to tee off from.  The original tee places the green more in the center of the clearing from the trees and brings the front bunkers more in play, as opposed to playing from more towards the right side.  This small step is hopefully one of many to some day coming out there and marveling at the changes, some of them perhaps imagined during one of my jaunts out there when I was spacing out between shots.

I digress.  After Cobbs, I was able to get down to Florida and play Orange Tree Golf Club and Mountain Lake Country Club.  Mountain Lake was designed by Seth Raynor and has been one of my must plays since I learned of it a couple years ago.  The greens were some of the most interesting and fun I have encountered.  The template holes incorporated into the marshy Central Florida was spectacular and matched the awe I was in when I played at Raynor-designed Yale. 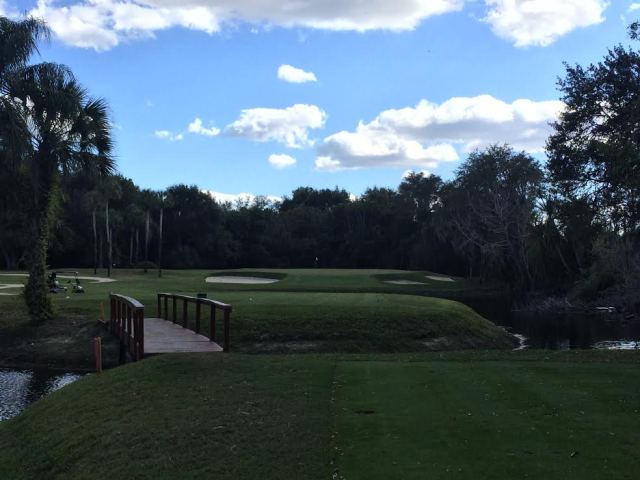 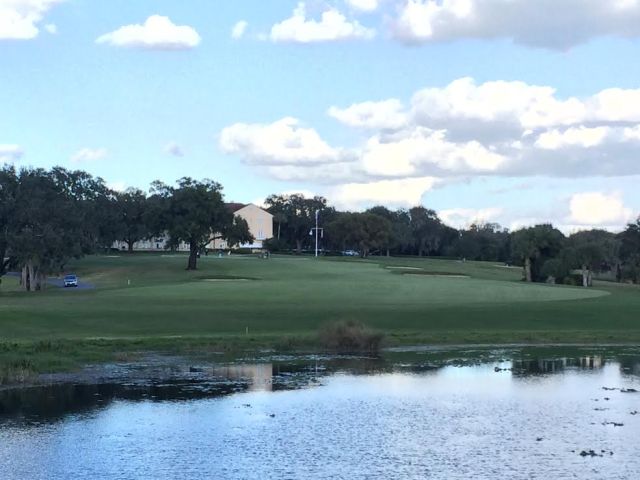 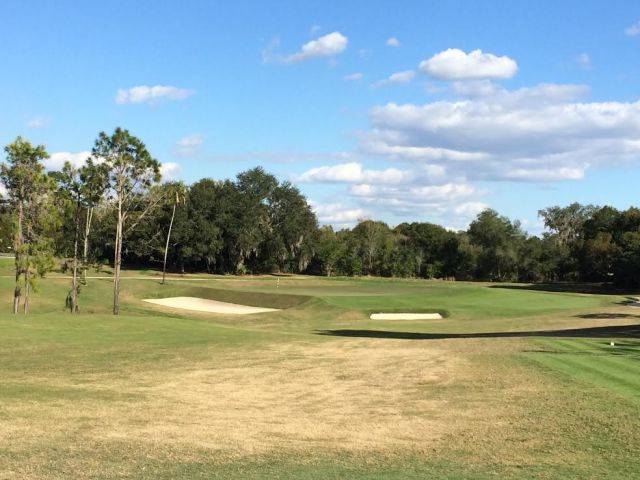 Orange Tree was a huge surprise.  I had never heard of it, but its greens and tight corridors with an array of forced carries provided extremes of fun and challenge, making for a course that could be played countless times without redundancy.

I then played Center Square a week ago, again taking advantage of a warm day, knowing they are scarce for the next couple months.  A course lacking in several ways, there are more than a few interesting holes and most of the greens, if they were ever taken care of properly, could really make this a terrific play, especially the back nine.

Alas, a little over 25 days into the year and I’ve played the most rounds in January than I can think of.  While none of it was planned all that terribly in advance, some times the adventure comes to you.  Perhaps that’s what 2017 will be about and some where deep inside, I know it.

While last year felt like more states were hit, playing in Nebraska was not only one of my all-time favorite golf experiences, it is a state I can’t envision being able to get to all that much.  This year is when I will likely complete the Eastern half of the country by playing in Maine and Rhode Island.  I’d like to get to the Midwest again this year to take a few more states, so we shall see if that happens.  At the very least, 2 more should fall, but more need to come with it if this is to happen any time soon.

Hmmm, what else is on the list?  Here are other things that will likely/definitely happen:

– Double, or even triple, secret trip with is in the works as we speak with unprecedented courses being visited.  I’ve already said too much.

– PGG was able to get down the Jersey shore a couple times last year and will happen this year as well.  Lots of terrific courses down there I still need to get to!

– Every year I see two courses dominate the best of PA rankings above the beloved Glen Mills; Bedford and Nemacolin.  It’s high time I get to these and see what all the fuss is about!

– Believe it or not, there’s still a ton of courses in the area that I’ve been meaning to get to and have yet to do so.  Some of these include Woodcrest, Reading CC, Back Creek, Royal Manchester and even though I’ve been there, need to review Bensalem CC.

– A few more private courses in the area will be visited.  There’s so many excellent private courses that focus on the architecture and course over other factors that they really help put in perspective just how diverse, rich and interesting the Philadelphia area courses are.

– Updated reviews, reviews of courses in the rankings not already posted and updates on courses as I’m able to get to them.

– Finally, if there’s a course you want reviewed, let me know!  I’ll check it out and get it done.

Fairways and greens, everyone.  See you out there; I’ll be the one in the trees!