What. A. Ride.  For me, 2017 will go down as a prolific year in terms of the sheer pedigree of courses I played.  While some of it was planned, there were a lot of rounds that popped up quickly and I was able to make it work.  I played courses I have admired for years and others I had never heard of before, all of it being a thrilling season.  Golf-wise, I finally broke through a little and played the best and most consistent golf I ever have, seeing a good drop on my handicap.  While only one new state came off this year, the courses I was able to get to were command performances, so I had to take the hit in shelving states for later.  I was busy playing all world golf courses.

The season started at Cobbs Creek Olde in and saw winter rounds in Florida as well, finally playing Mountain Lake, a Seth Raynor course with a lot of great renditions of the template holes, especially the Redan.  The first day of the official golf season started at the one and only Pine Valley, which exceeded any expectations I had.  I then headed out to Arizona and was able to play Desert Forest, which quickly became my favorite desert course.  The summer was a great one, as I finally got up to Long Island to play National Golf Links of America, a hallmark of American golf course architecture.  A few more rounds at Pine Valley, a couple at Garden City, then was able to play Engineers and Bethpage Black to round out my first season playing the Long Island courses.  A trip to Kansas to play Prairie Dunes and then was able to finally play Merion East as the season was winding down.  Of course, there were a number of other great courses I played, but these were the highlights.  Getting to play some of the most revered courses in the world was enlightening, enjoyable, special and memorable.  In also trying to figure out and experience what made these courses what they are was an immense learning experience and at the end of the day, helped me understand what I like in course design, what I like in a course and club and things I’m not a big fan of.  And at the end of the season, I appreciated this game more than ever.

For your consideration, some highlights of 2017.

Deerfield.  Deerfield was some where I was willing to travel to for years because it was challenging, different and a good crowd always seemed to play there, but the conditions kind of started to fall off and after a heavy rain season in 2013, went even further down.  I finally decided to get back down there and check it out and I’m glad I did.  Memorial Day weekend and conditions were great and the course played just as well as I remember several years ago.  True to form, I was paired up with three really good guys who made the round even more enjoyable.  It comes back into my rotation.

Runner up is Paxon Hollow.  Boy those crowds make it tough to go there, but the conditions and a few design improvements have made this place way better than it was last time I was here.  Value-wise it’s not as terrific as it used to be, it’s still good and with how it played, is well worth it.  I could see Paxon moving up in the rankings in the next few seasons if it stays how it is.  The greens are no where near as slow as they used to be and the bunkering really stood out.  Take a look at the comparison photos between 2012 and 2017 in my review to see what I’m talking about. 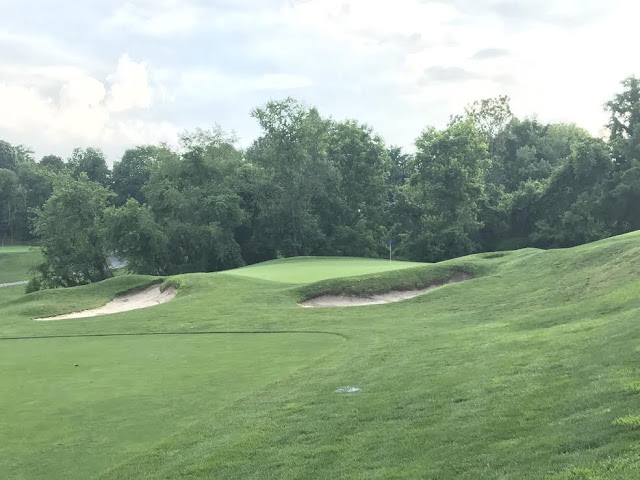 I’m going against what I’ve done in years past and putting Glen Mills and Jeffersonville here.  I can’t help it, but I was able to get one round in at each course this season, GM in the summer and J-Ville in the fall, and they were the favorites.  J-Ville had some subtle changes, like the mounds on the left side of the Sixteenth fairway, which I liked.  The greens at Glen Mills continue to confound me, especially the Biarritz at the Fifteenth.  I love that these courses are so close to me and they never disappoint.

Honorable mention to LuLu CC.  Even with a temporary clubhouse and having to start on the Eleventh, the course played well and I had a great round there.  I believe it will get even better in the next few years.

Favorite public round outside the Philly area.

Bethpage Black.  One of the rare instances where there is public access to one of the best Golden Age designed courses in the world, Bethpage is much more than the famous sign telling you how difficult it is.  A course with such a grand scale leaves plenty of options and strategy while each hole has a very distinct identity, calling on a comprehensive set of skills to play well.  In a wooded setting that sprawls over miles and miles, I could even spend a couple days up there.

Garden City GC.  By surprised, I don’t mean I wasn’t expecting it to be good.  I was surprised by just how much I liked it, which was a ton.  As in, I don’t think it’s ranked high enough despite its high ranking, if that makes any sense.  The routing is very good and tee to green features a lot of variety and strategy.  The clubhouse, history, tradition, and community.  If I had to play one course the rest of my life, this would easily make my list. 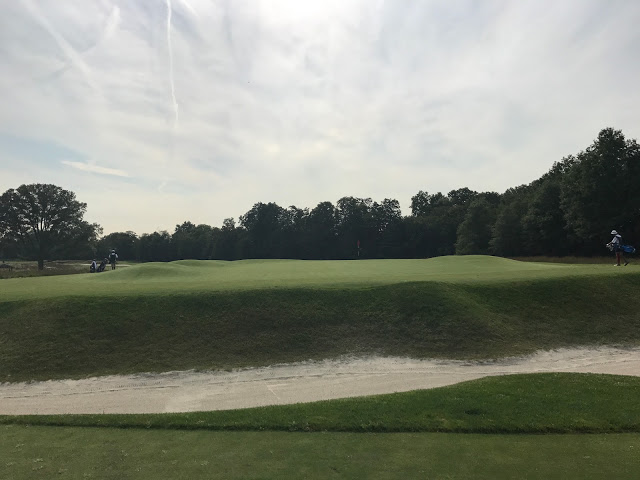 Pine Valley.  It’s a comprehensive test of golf that will exact the best, and worst, of your game.  It’s considered the best course in the world and rightly so.  For me, I had the best shot of the season here, and probably second best as well.  The routing, transition of one hole to the other, the range of challenge, from visual intimidation to subtle strategy, it’s all there.  When you combine that with the staff, caddies, lodging, clubhouse and short course, it’s my favorite. 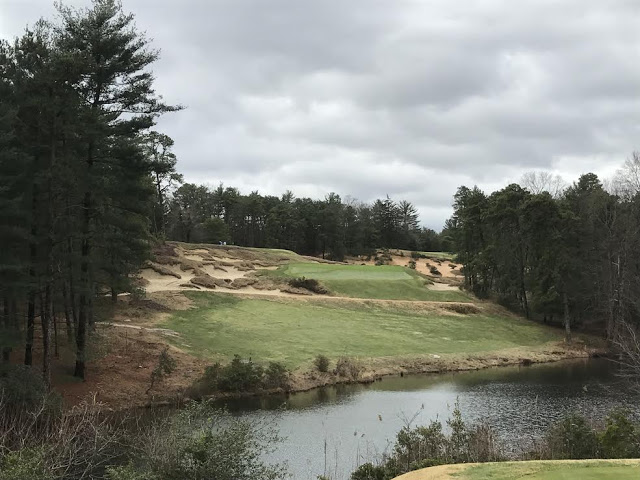 Honorable mention to The National Golf Links of America.  The course plays so different each time, is thrilling and fun, fraught with strategy and options.  While I was hitting great shots, it always seemed like one mistake would lead to a flurry of strokes that would kill my score.  The area is perfect for golf, as it was meant to be and selected by MacDonald for such a purpose.  My favorite three closing holes in all of golf.

I could go on since I literally ended up playing many of my favorite courses this season, but will let my reviews get into most of my thoughts on them.  But to illustrate my point, out of the courses I played this season for the first time, here is the list of which ones I would be more than happy if I had to play only that course forever.

Maybe you think I’m just being nice are all inclusive, but by comparison, 2016 only saw 3 courses I would put on that list, and only one beats out any course on this list (and only beats 1 or 2 of them).

Not because I didn’t like the course, but because it will soon be gone since the membership just sold it, is Engineers CC.  A bold course that was exciting for every shot with a great designed locker room, my disappointment is that I likely won’t be able to play here again.  It’s too good of a course to go away but such is how it goes.  Disappointed nonetheless.

Always the self-indulgent section, but why not?

Best shot of the year

At Pine Valley, in the rain at the 219 yard par 3 Fifth, uphill and into the wind, I hit my tee shot to 5 feet.  One in a hundred/thousand/million shot.

Pine Valley, at the Eighth in the woods off to the left, hit my 7i through the trees onto the lower green to a few feet.  Boy that felt great.

Merion East, the Ninth par 3, hit it to within 3 feet but it rolled another 10 feet past the hole.

Desert Forest.  The Sixth, 100 yards out and stuck it to 3 feet to close out our match.

Worst shot of the year

Always too many to count from.  There was the big drive I had at the Eighth at LedgeRock, followed by another great shot into the wind to set up an easy 85 yard wedge shot, only to shank it and turned the hole into a disaster.  The tee shot at the Seventeenth at Bethpage, where my legs were shot and I couldn’t get the ball out of the bunkers.  Tee shot at the Ninth at Bluestone that went 50 yards on the ground to the left.  Numerous missed putts under 5 feet.  I could go on.

Courses I played that I didn’t review:

I write this while it is single digits outside and it looks like we have a long winter ahead of us.  The 2018 Preview will be coming soon and until then, stay warm, do whatever it is you do to stave off the winter blues and we’ll see what adventures await in a couple months!